Korean dramas to watch in April 2020

1.The king the eternal monarch

It is a fantasy romance drama about two parallel worlds. One universe resembles modern-day Korea as we know it, while the is an alternative universe in which Korea is an empire rules bu a single monarch.

It tells a story of an emperor and a modern-day detective who cross paths with each other after a demon opens a portal that connects their two worlds. Korean Drama April 2020
As the works together to close the portal and protect their loved ones from danger, they develop feelings for each other.

“Born again.” revolves around a complicated relationship between three people – a detective, a serial killer, and the person they both love.

The three characters first met in 1986 and led them to tragic fates. Thirty-two years later, they are reincarnated and get to meet in 2020 in their new life, their characters are different from their previous experience, but their destines remains the same.

3.When my love blooms

The drama will tell the story of a beautiful first love that passes, and two people reuniting after everything in their lives have changed
Yoon Ji soo was the daughter of a family of prosecutors, but she is now a struggling single mother after she lost her family due to an accident. Meanwhile, Han Jae Hyun is a middle-aged businessman. He used to be a passionate youth who participated in student protests, but he is now only interested in gaining money and fame. Yoon Ji soo was his first love back when he was in his 20s. They meet again for the first time in many years and the second most beautiful moment in their life.

4.How to buy a friend

The drama will tell the story of chan hong & Don Hyuk, two high school friends who are the night and day. Park chan Hong (Lee shin Young) is an ordinary high school student whose height, weight, and even grades are just average, and he has such a weak presence that his nickname is “Ninja.” Chan Hong ends up writing a poem due to an unexpected circumstance and faces the most exceptional turning point of his teenage life.

Meanwhile, Don Hyuk is the exact opposite of chan hong and is deemed by other students at his school as a legendary fighter. When he transfers to chan Hongs’s high school, he discovers that the poem Chan Hong wrote contains an important secret and suggests they make a deal.

Extracurricular is portray around a group of high school students who start committing crimes to earn money. Son, weird incidents start happening at their school and their surroundings.

The drama revolves around Baek Chan Mi (Choi Knag Hee), Who was a prolific National intelligence service agent before her mistake led to the death of one of her subordinates and her demotions to the cybersecurity team. One day she is tasked with going undercover to expose an intellectual property theft case involving one of Korea’s biggest companies.

“model detective” is a crime investigation drama about detectives who never give up to uncover the ugly truth, and it will portray the real world of detectives who want to catch the culprit to the end. 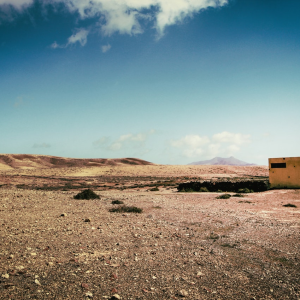 Who is jay? he is an aviation enthusiast,blogger, life/career coach and a designer.